Here are two tips to follow if you'll be having your wedding ceremony in your garden.

You should talk to the wedding florist about the type of flowers you currently have growing in your garden, as well as which of these flowers you expect to be in bloom during the period when you'll be having the ceremony. When the florist is then helping you to choose your own bouquet, as well as the decorative flowers you may want to have on the sides of the guests' chairs or elsewhere in the garden, they can base their suggestions on which flowers they think will complement the ones that are in your garden and that will probably be blooming on your wedding day.

If you don't want the flowers in the garden to match the wedding flowers too precisely and instead want a variety of flowers that contrast nicely with each other, telling them which specific flowers are in the garden will also ensure that the florist doesn't waste time making up sample bouquets that feature, for example, the same variety of tea rose that you have in your garden.

If you'll be creating a makeshift aisle in your garden for the ceremony, it might be worth having the florist create a floral archway that you could place at the top of the aisle, where you and your partner will be saying your vows.

One of the challenges of having a ceremony in a garden, rather than a church or another traditional venue, is that a garden may not have the type of striking architectural features that these venues do and so may look a bit empty, and lack the structured layout that is needed for this type of occasion. However, by having the florist create an archway covered in flowers, you'll be adding a temporary feature to the garden that will be a beautiful focal point. It will be striking and will draw attention to the spot on which you'll be standing as you say your vows.

You may even want to have the florist make this archway with faux flowers as, if there is a strong breeze as you're saying your vows, and the archway is covered in real flowers, some of the petals may fall off and land on you or your spouse, which could be distracting. This is far less likely to happen if you use faux flowers. 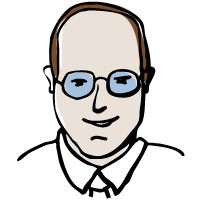 Hello, my name is Gavin and this blog will offer you some great home and garden advice. It is a wonderful thing to work on your home and garden. Unfortunately, too many people are afraid of getting stuck in. I used to be afraid to work on my home and garden until I hired a wonderful contractor who taught me lots of useful skills. I am by no means a professional, but I do know how to maintain and carry out improvement works around the place. Most recently, I installed a new patio in my yard. I hope you enjoy my blog.